When I was a kid I rented 'The Exorcist 3' and I honestly do not know why. I remember not enjoying 'Exorcist 2: The Heretic' so I don't know what made me decide to give the sequel a try? Maybe, it was because they were selling it as William Peter Blatty's return to the series. I remember when I tried to watch the movie I passed out. I don't think I ever really watched this entire film. It wasn't until the guys over at Red Letter Media did a review of this movie and talked about how much they do like the film is it when I decided to give this film another chance. 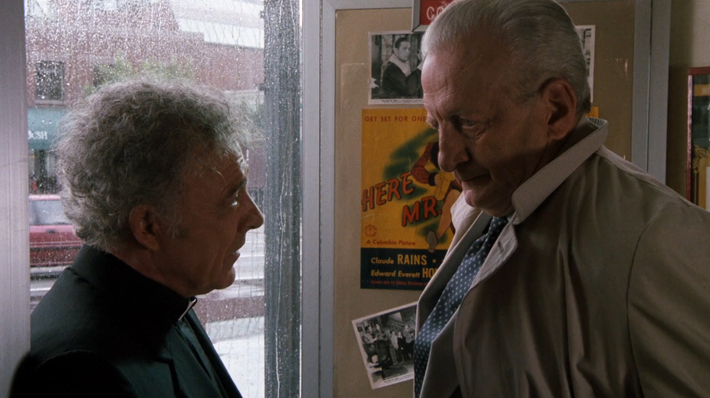 Fifteen years ago Lt. Kinderman (George C. Scott) and Father Dyer (Ed Flanders) lost their best friend, Father Damien Karras (Jason Miller). Ever since his death they meet to celebrate his life but unfortunately for Lt. Kinderman a case from his past has returned to haunt him. It seems there is a serial killer on the loose in Georgetown who is mimicking the techniques of the old Gemini killer. Lt. Kinderman's investigation into the new murders leads him to a psychiatric hospital where a catatonic Patient X (Jason Miller) has recently started to speak, claiming that he is in fact the Gemini killer and starts to detail the murders. This patient also claims to be occupied by Legion (a bunch of Pazuzu's friends). 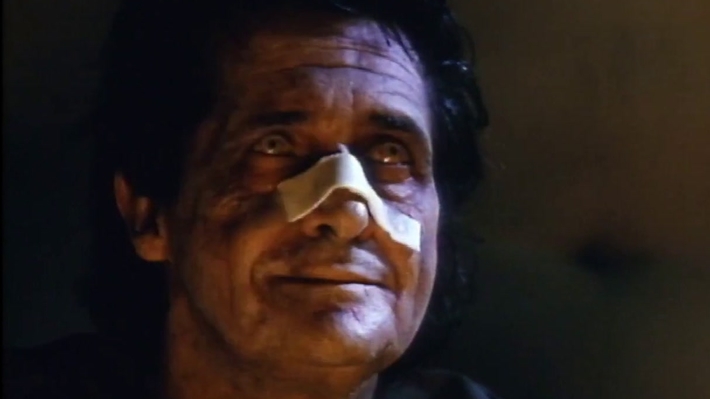 I am really glad I gave this movie another shot. So I have to thank the guys over at RLM cause, honestly, this is simply one of those underrated gems that get overlooked because of its terrible predecessor. Surprisingly I think this is William Peter Blatty's second directorial feature and because he isn't a traditional film director his choices are unique. His directing style gives the film a different atmosphere one that is eerier then probably a traditional filmmaker would take. Blatty also brought back the hard-hitting dialogue performed by Brad Dourif exquisitely. Dourif who is mostly known as the voice of Chucky takes his time with every line he is given which at least for me just made it creepier. Most importantly, the scare factor. Blatty leans more towards the psychological horror/thriller aspects and added tension to a lot of the scenes. The movie is often credited to having one of the scariest horror scenes ever made, one that absolutely no one saw coming. 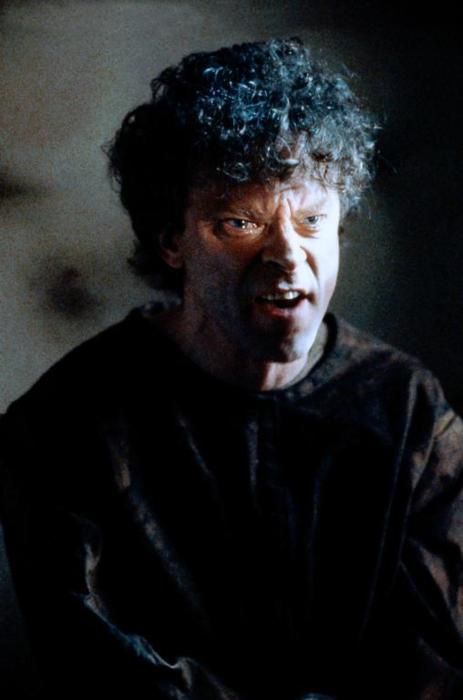 I don't know why I couldn't watch this when I was younger but as I said I'm glad I've taken the time to give it another shot. I am going to limit this review because I honestly do not want to give anything else away. Just give this film a shot. It's a great film!

4.5/5 stars. Cause it should have been called LEGION and had not added in an exorcism just to link to the prior films.