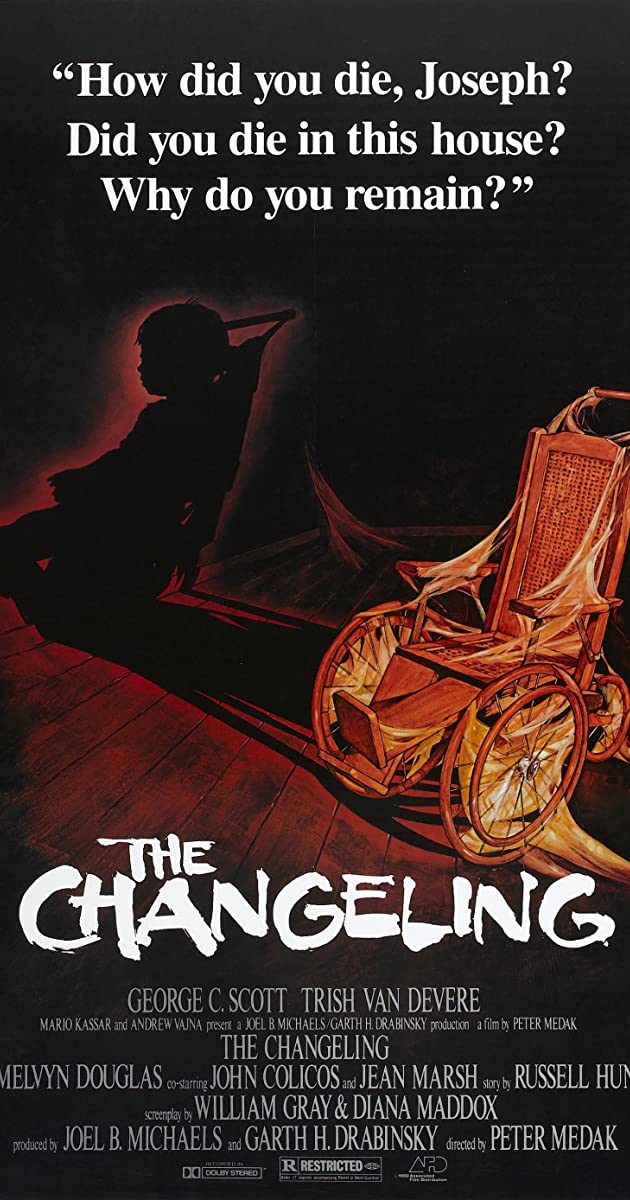 The movie begins with a rather horrifying scene in which John (George C. Scott) watches his wife and child killed in a horrible car accident. Honestly this scene was pretty crazy to watch as a young kid cause it was completely unexpected. The movie just started and we suddenly witness a woman and child killed in front of their father. I did always wonder why that phone booth was there in the middle of nowhere. John seems to have given up on life and now has decided it's time he sells the apartment which brings him nothing but terrible memories. Seeking solitude, and a place to compose his piano music, on a recommendation by a friend, he contacts a Historical Preservation Society about renting an old furnished home. It's more of a mansion than a house and has been in the Historical Society for over 12 years. The house reminds me of the overlook hotel. 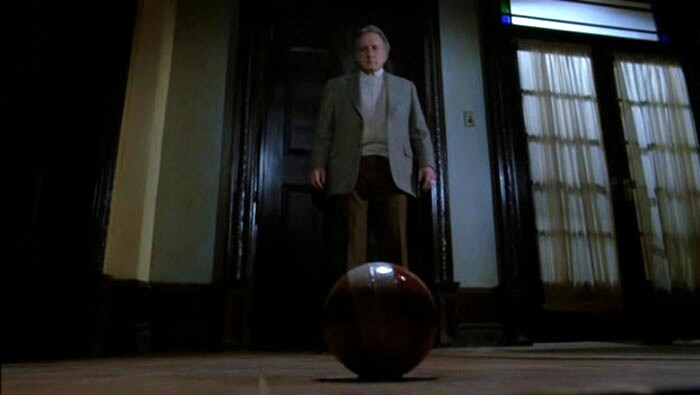 Almost immediately, John begins to notice things that he cannot account for. A horrible banging noise that permeates the household at precisely 6:00 AM. A child’s rubber ball which belonged to his daughter that goes bouncing down the stairway on its own accord, the bathtub's running water on its own and a boy's face can be seen under the water.

When John goes out looking for answers from the Historical Society as if anyone else has had these weird things happen to them before he discovers that the house was not supposed to be rented to him. The paperwork was snuck through past their lawyers and approved. No one has ever been able to stay in that house. John's curiosity gets the better of him as he starts investigating the rooms of the mansion until he happens upon a boarded-up and locked room in the attic.

Inside John finds a child’s schoolbooks, wheelchair, and begins to formulate his own theories about what might be trying to contact him, and why. As the events escalate and become more terrifying, John realizes his theories are not all that far off. John eventually holds a seance, discovering that a young boy was killed in the house by his own father many decades prior. It’s the boy’s spirit who haunts the mansion, and he won't rest until the secrets of his death are known. 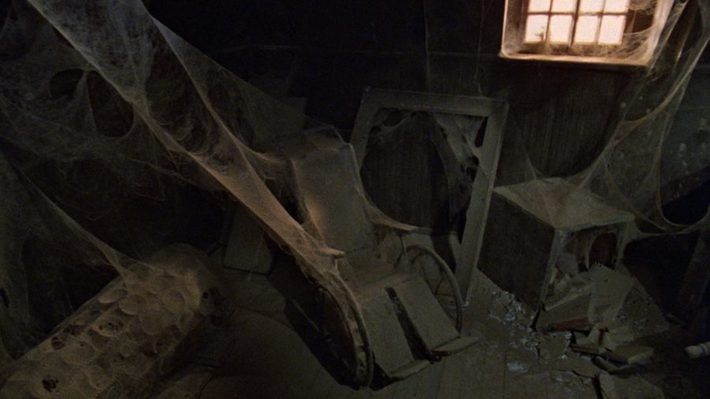 I remember when I first saw this I was probably about 9 years old and how scared I didn't want to go to sleep alone after. I remember not being scared of other movies like 'A Nightmare On Elm Street' or 'Friday The 13th' because I knew it wasn't real but this was one of the first movies that actually frightened me. The idea of ghosts has always intrigued me. My nickname as a baby was Casper and growing up my favorite cartoon was "Scooby-Doo" (in particular "The 13 Ghosts of Scooby-Doo" was my favorite. Don't judge me.), maybe because I knew about ghosts at such a young age that this film had more of an impact on me than other horror films. This is one of my favorites. Just beware that even though there isn't any gore the film is deeply disturbing, at least for me it was and still is. I don't know if it still holds up today but if you like slow pacing horror films and haven't seen this one yet you give it a shot.