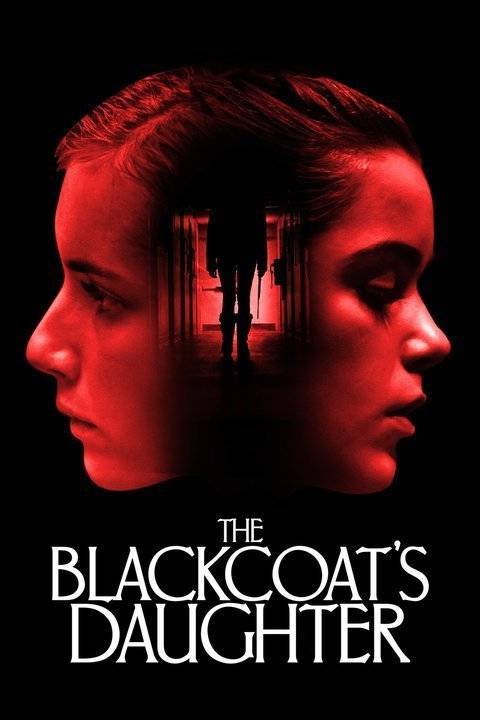 Most people will probably NOT enjoy this film. Today's movie audiences are only interested in films that just have a bunch of jump scares. They don't want to wait or think, hence why an amazing film like 'The Babadook' had so many mixed reviews. I believe I read one review that claimed that this film was a meandering bore. Like I said this film isn't for everyone so I will reframe from name-calling. 'The Blackcoat's Daughter' is a smart, dark, eerie and simply put one of the best horror films I've seen in years. Watching this film I found myself feeling the same way I did when I was a kid watching 'Rosemary's Baby'. The film felt like an old '70s style horror movie and it's simply perfect. I actually recommend you watching this and then 'Rosemary's Baby'. 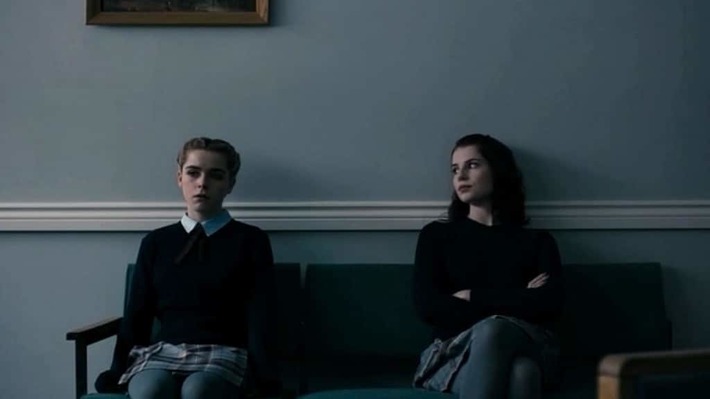 The film is directed by Osgood Perkins, (son of the great Anthony Perkins) and stars Kiernan Shipka ("Mad Men"), Emma Roberts ("American Horror Story") & Lucy Boynton ('Bohemian Rhapsody'), it tells a story of young girls at an all-girls catholic school whose parents forget to pick them up for the winter break. Kat (Kiernan Shipka) and Rose (Lucy Boynton) are not friends, they barely know each other and are total opposites. Rose is tasked with watching over Kat while they wait for her parents to pick her up and Rose couldn't be more annoyed with having to babysit a freshman. She actually wanted to stay an extra night at school so she could sneak out to see her boyfriend and tell him that she might be pregnant.

As the film progress, we are introduced to another character Joan (Emma Roberts) who has a mysterious past and looks to be headed to the town that the school is at. After returning back from seeing her boyfriend, Rose finds Kat in the basement of the school, kneeling before the furnace and speaking in tounges. Rose passes this off as Kat was most likely just sleep-walking. Now instead of being annoyed with Kat, she is creeped out by her. As the film continues we start to discover that there is something seriously wrong with Kat. Our mystery woman Joan is waiting for a bus in the freezing cold of the night when a couple of good samaritans find her and decided to offer her a ride to where she is headed. From here we get two dueling storylines that connect early on but don't actually collide until the film's conclusion. I know a lot of people have not seen this movie and that's why I am trying my best not to spoil it any more than I already have.

As I am getting older I am noticing that this is the type of horror films I enjoy more of. It's a film that I had to go back to, to pick up on the little dialogues that end up having a more nefarious meaning once you get to the end. This film constantly had me thinking about what the character's motivations actually were. You are constantly wondering what is going on? From James Remar's good samaritan character to the Headmaster to the sisters. Everyone in this film is perfectly cast and Oz Perkins does a great job in his directorial debut. Yes, some things could have been changed but honestly thinking back the things that could have been changed would actually be a hindrance to the overall film. It actually adds another layer of tension.

I really enjoyed this film and if you like horror films like 'The Witch' or 'Midsommar' I think you will enjoy this film.