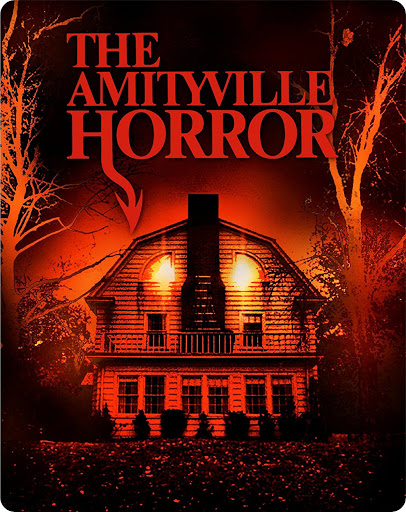 Ronald DeFeo, ruthlessly murders his entire family with a shotgun for no apparent reason. The detectives that arrive to try and make sense of the crime place the time of death at approximately 3:15 AM. Thus begins the Amityville Horror.

One a year later, George (James Brolin) and Kathy Lutz (Margot Kidder), are shown the house and instantly fall in love with it. After quickly purchasing the home, they, along with Kathy's three children, immediately move in. Eager to begin their new life together. But no sooner have they started unpacking their boxes then strange things begin to happen. Things that can not be rationally explained. 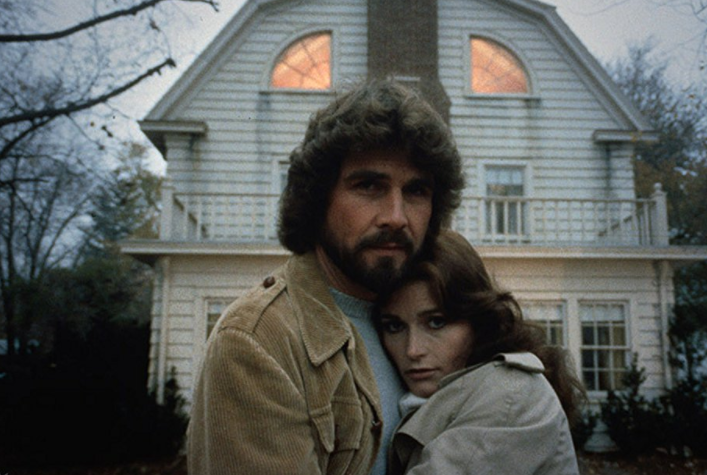 Strange breezes and disgusting odors occur, and then cease as suddenly as they began. When Father Delaney (Rod Steiger) is called in to bless the house he hears inhuman voices ordering him to "GET OUT!" George Lutz, becomes irritable and is plagued by a strange coldness that will not go away, even as he sits by the fireplace day in and day out. The family receives frightening phone calls and visitors to their front door that suddenly disappears. Their young daughter, Amy, begins to converse with an invisible friend whom she will only identify as "Jody", and who seems to be able to make bad things happen to anyone who makes Amy angry. George starts to transform into a different person now he is angry and abusive at times. These events continue to build-up to a climax that will still frighten even the most seasoned horror fan.

From the moment the story of George and Kathy Lutz surfaced into the mainstream, the very word "Amityville" would define scary. The Amityville Horror spawned countless sequels, some very interesting ones, and some completely ridiculous ones ('Amityville: The Evil Escapes'/'Amityville: A New Generation'). It wasn't until recently that I discovered Meg Ryan and Lori Loughlin (Aunt Becky from "Full House") starred in the third film ('Amityville 3-D'). I remember as a teen I enjoyed one of these Amityville movies but it had nothing to do with Amityville, they just stuck the word Amityville on the title. It would have been an interesting horror film about a haunted house on its own, I think sticking the Amityville title actually hurt the film more than helped it. And if anyone is wondering, yes, I am referring to 'Amityville: It's About Time' sorry, I enjoyed it. I also enjoyed 'Amityville 2: The Possession' even though they changed the name of the family, I guess for legal reasons.

Amityville Horror is a mainstay horror film for the Halloween season and should definitely be added to your watchlist if you haven't seen it.