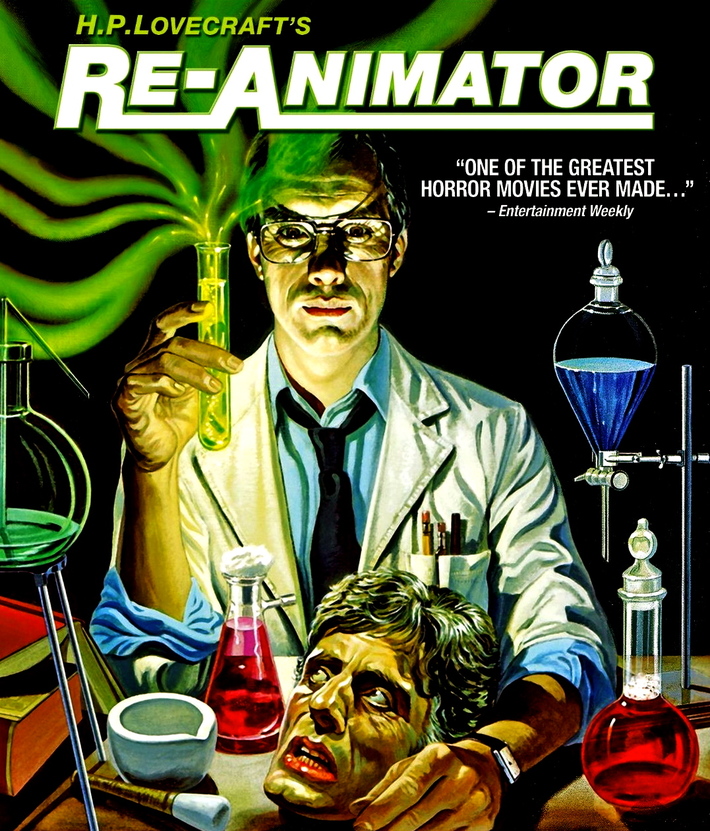 Based on a series of short stories by H.P. Lovecraft entitled "Herbert West--Re-Animator" from the book "Dagon and Other Macabre Tales". 'Re-Animator' tells the story of Herbert West (Jeffery Combs), a mad scientist whos is also an egomaniac is focused on cheating the gods of death. He has discovered a serum which when injects in the brain of the recently deceased makes the dead stand up and walk. Unfortunately, these are no longer our friends, relatives, or loved ones, but rather adrenaline-driven super killing zombies. 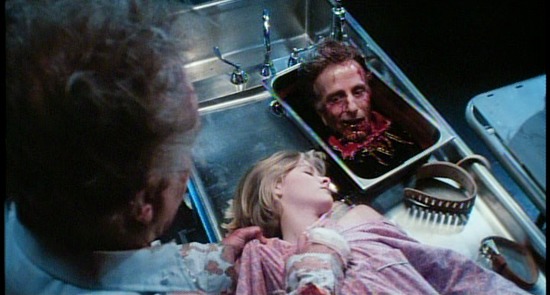 Herbert's professor, Dr. Hill (David Gale) has been keeping a close eye on his research. Hill is determined to do whatever it takes to get his hands on Herbert's discovery and steal credit for his work. While forcefully trying to convince Herbert to turnover his findings,  Hill's head is viciously separated from his body. Herbert than decides that now is the time for the final test of his magical elixir and re-animates Hill's head and body. 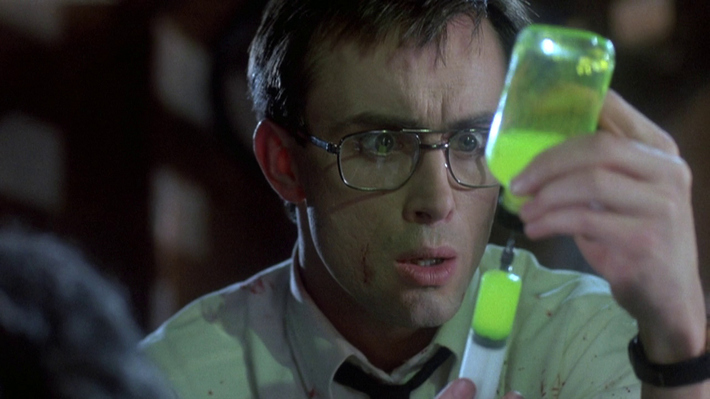 Dr. Hill is still able to speak, even without a voice box and lungs, and continues to be psychically linked to his body, which he controls to wreak havoc and seek his revenge. There's a scene where Barbara Crampton is forced to have sex with Dr. Hill's head (only available in the unrated version). As a kid...I LOVED THIS SCENE. I think I broke the rewind button on my grandma's VCR by constantly rewinding this scene over and over again. This all leads to a bizarre ending with plenty of zombies and lots of gore.

This is one of my favorite horror movies growing up, I will admit I hated the music as it was too reminiscent of Psycho but the film, in general, was one of my favorites. I love talking zombies and you will see as the 31 Nights of Halloween continue.